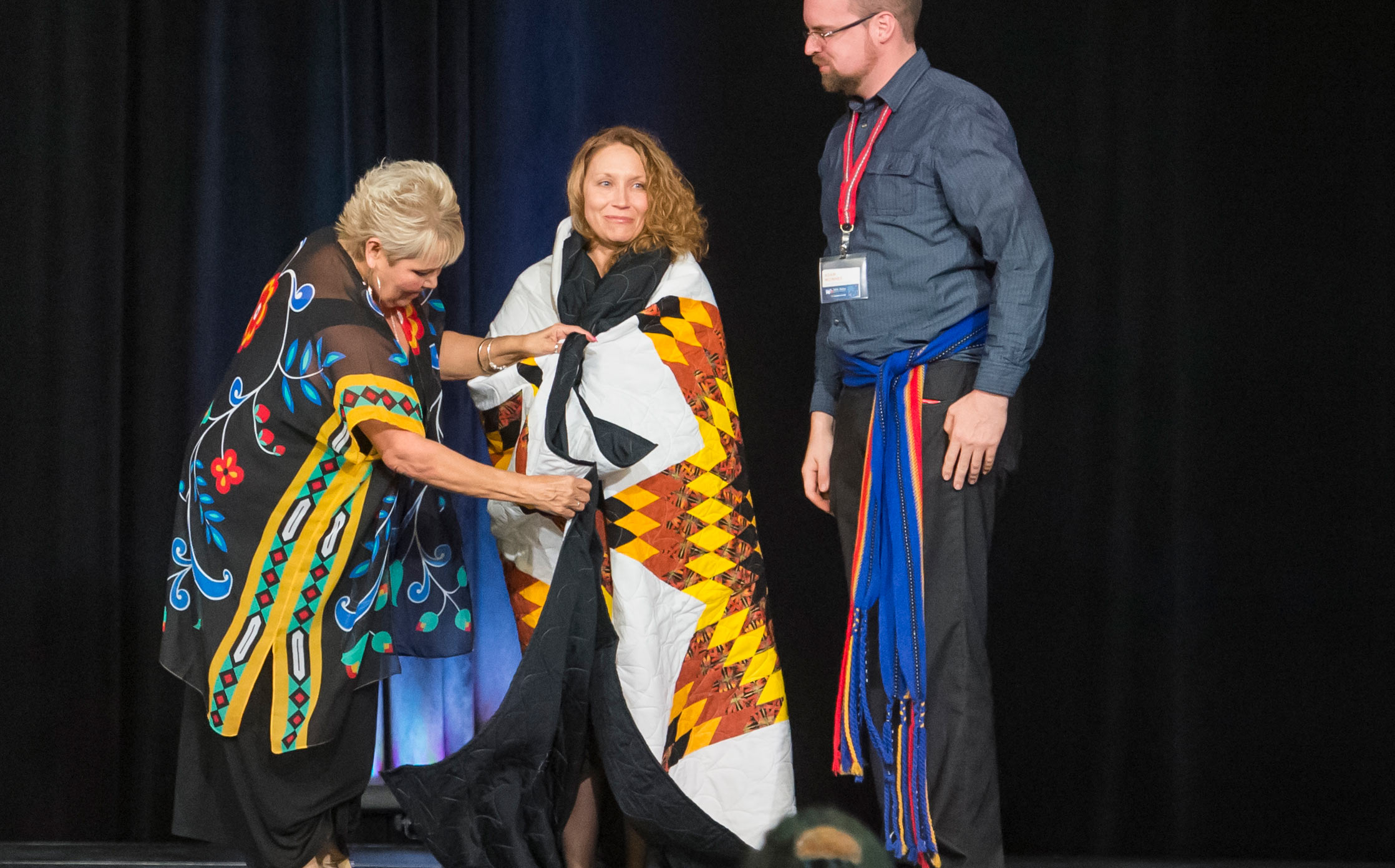 Here you will find biographies about our Métis speakers and information about their cultural experiences. These individuals have provided important leadership in the Métis community and are acknowledged for their dedication to the protection and preservation of Métis culture.

Our aim is to help connect organizations and educators with Métis knowledge keepers, Elders, and cultural leaders.

If you’ve heard voice recordings of Michif words, you’ve likely heard Norman Fleury’s voice! Norman is a Métis educator and leader in the efforts to preserve the Michif language.

Originally from St. Lazare, Manitoba, Norman has travelled around the world educating people on the history and intricacies of the Michif language. He currently works with the University of Saskatchewan as a linguist, translator and elder and has worked with the Gabriel Dumont Institute and the Louis Riel Institute to create language resources for Michif learners.

He was also instrumental in working with Canadian Geographic and the Métis Nation of Saskatchewan in creating the Back to Batoche and the Métis Gathering site, both of which would not have been possible without his knowledge or expertise.

He’s also an outspoken language advocate and one who can move from Michif to French to English very smoothly.

When Norman isn’t working on preserving Michif, you might find him on his farm near Woodnorth in southwestern Manitoba.

Edwin St. Pierre and his wife Harriet Oaks St. Pierre have been lifelong educators and preservers of the Michif language.

Education wasn’t always important for Edwin. He hardly attended school when he was younger, his dad bringing him out to hunt and work. It later affected his career in the Armed Forces, where he was often passed over for promotions because of his lack of schooling.

One thing Edwin did learn, though, was about his culture and the Michif language. It became one of the most valuable things he and his wife could teach.

Edwin is the author of Remembering My Métis Past: reminisces of Edwin St. Pierre, and Harriet was the one who translated it from English to Michif.

The St. Pierres have helped preserve Michif and Métis heritage in Saskatchewan for decades — they were even named Saskatchewan Ambassadors at Batoche 2012 for all their hard work.

Today, Edwin and Harriet continue to help preserve the Michif language, working on projects with the Dumont Institute.

Faye Maurice heard her grandmother speaking the Michif language when she was young, but she didn’t learn until she was in her 30s, after attending a Francophone-Michif conference.

When she heard Norman Fleury speak Michif, she started to cry. That was when she decided to learn her language.

It’s been a lifelong journey for Faye, who is now a traditional knowledge keeper for Saskatoon Public Schools. Everyone at school calls her “auntie,” which she likes over nookhoom because “aunties can discipline.”

Though she doesn’t consider herself a fluent speaker, she has worked to create resources for young Michif learners over the past seven years – something she didn’t have when she was first learning the language.

For Saskatoon Public Schools, she’s helped create posters and flashcards that include 101 words or phrases for everyday use of Michif.

Faye tries to help wherever she can, in hopes that young language learners will feel the same connection to the language and culture that she felt when she first started learning.

Chantale loves language — she can speak English, French, is literate in Spanish, can write Cree syllabics and even has functional skills in Italian. She uses these skills to research and understand the Michif language in an effort to help it thrive.

In 2016, Chantale received the prestigious Vanier scholarship to study the Michif language in Manitoba and Saskatchewan. She’s taught linguistics at the University of Saskatchewan and has presented research at many conferences both locally and abroad.

Learning Michif with Chandrelle and Chantale

Laura Burnouf’s career as an Indigenous language teacher spans more than 30 years — and even though she’s retired from formal teaching, she’s not stopping her pursuit to maintain and teach the Michif language.

Originally from Beauval, Saskatchewan, a Metis-Cree community, Laura taught in many First Nations in northern Saskatchewan, before moving into teaching with the Northern Teacher Education Program (NORTEP). She planned to teach with NORTEP for two years at the most.

What she thought might have been a two-year stint turned out to span 23 years. In her fourth year, her passion for teaching Indigenous languages showed itself, and while at NORTEP, she taught Cree, Indigenous studies and math.

In that time, she earned her Masters of Education in 2005 and a Masters of Indigenous Language Revitalization in 2018.

Laura is fluent in Michif-Cree, but in her retirement is focused on Michif because the language has fewer speakers. She is focused on developing materials for Michif learners, with a particular interest in how technology can help the next generation of learners carry on the language.

She’s also the president of the Metis local in La Ronge and continues to help younger Michif learners whenever she can, even though she retired as a teacher.

She also enjoys playing the guitar and singing, using those skills to help facilitate language learning. She helps out teachers with learning holiday-themed Cree or Michif songs.

She says it’s been a long career, but it’s not over yet.

Vince Ahenakew grew up speaking Michif — he learned it from his grandmother and his elders back home in Île-à-la-Crosse, Saskatchewan.

He went to Rossignol High School in Île-à-la-Crosse, and decided to move into teaching via the NORTEP program. He then came back to his old high school, first as a teacher, then admin, then vice-principal, and now principal.

As the principal of Rossignol High School in Île-à-la-Crosse, he’s noticed young people don’t speak Michif with the same confidence and at the same level as the generations before.

He worked with the Gabriel Dumont Institute to create an app, Northern Michif To Go, which he hopes will bridge the gap to younger speakers and encourage them to learn the language in ways that might be more accessible to them.

Vince is fluent in Northern Michif, a variation on the Michif language. He’s spent much of his life educating, both in general and about the language. He’s also the author of Nēhiyawēwin masinahiķan, A Michif-Cree dictionary which features thousands of words in both languages.

In his work, Vince realizes the most important goal is to get young people to use the language. He teaches a Michif class and typically gets a few students who want to learn. But like the app, Michif needs to go where young people are.

He hopes to see the Michif language used in movies, in TV shows and in video games, places where young people can see themselves represented and have a desire to learn their language.

Vince has also been on town council for 30 years, has four children and a couple of grandchildren. He also claims he’s the best hockey player in northern Saskatchewan.