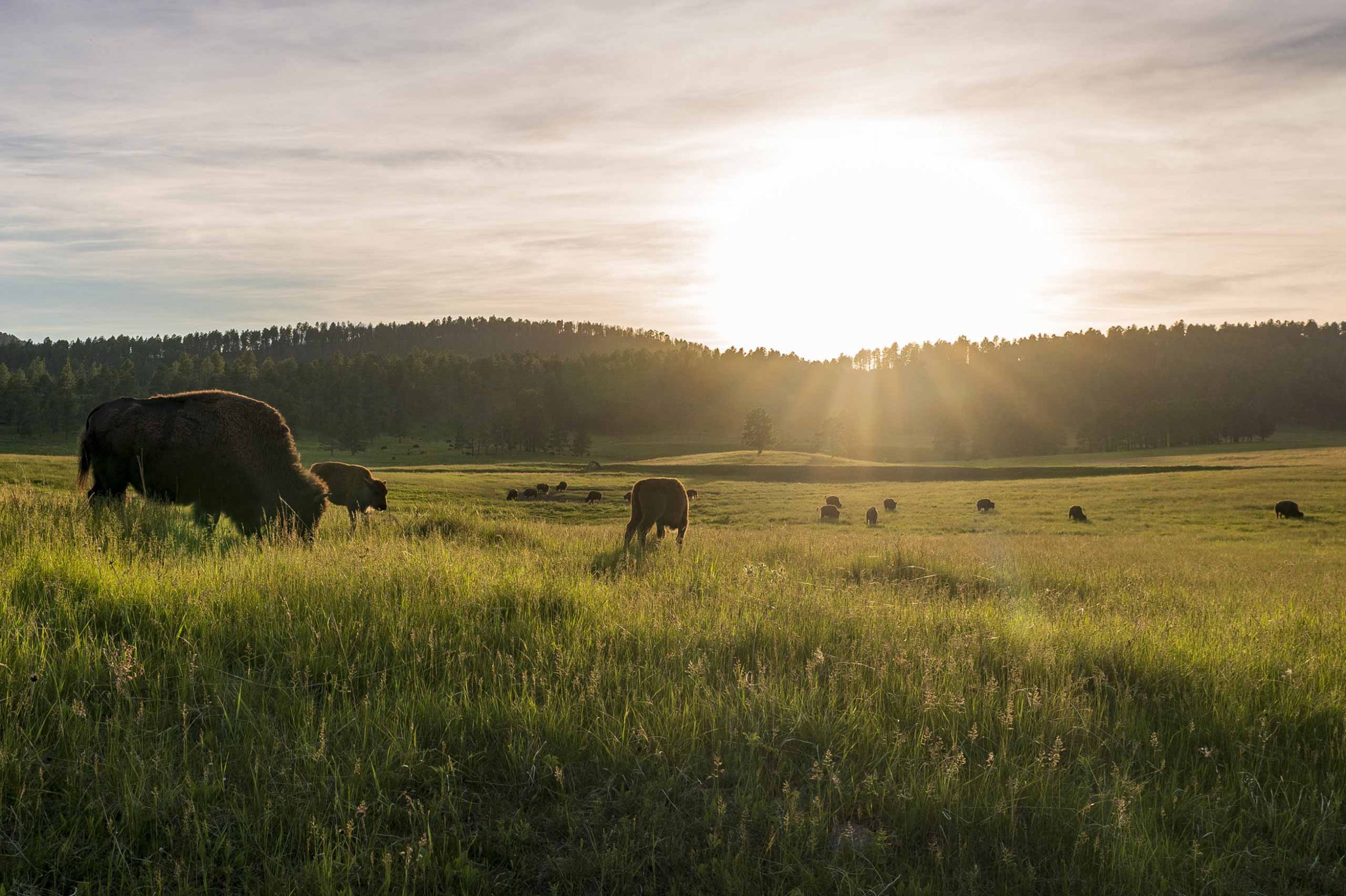 Our Land and Life

During the early fur trade, Métis people had many land-based skills such as hunting, trapping, and gathering. Our entire economic system was originally based on the land and its resources. For many Métis families today, some of these traditional economies remain key sources of income.

An important symbol of the political, economic, social, and cultural development of the Métis is the iconic bison hunt of the high plains. As provisioners of bison pemmican, our historic Métis communities formed a critical relationship with the land. Their survival depended largely on the natural resources available in the region.

The transition to agriculture and gardening is another celebrated aspect of Métis traditional land use. During the fur trade, many families maintained gardens to complement the country foods available. Later, at places like Red River, Métis families acquired other skills and learned new forms of agriculture. The River Lot System was eventually developed and became a way for families to settle on the land. A staple of Métis culture, this style of farming allowed for equal access to the river, wooded areas, cultivated land, and provided space for hay lands.

Traditional food and medicines are still significant aspects of Métis life. Many families continue to gather medicines, herbs, and traditional foods from the land to supplement their diet. It is a vision of the Métis people to maintain intergenerational continuity of our traditional land use.

“This pemmican harvest of their buffalo hunts was brought in for trade by the Indians of the Plains and the Half Breeds of Red River who organized with military discipline under their leader, the warden of the Plains, who went out on the prairies every year on two tremendous buffalo hunts.”